How recycling can solve the EV battery bottleneck

With the mining industry unable to keep up with the rapid increase in the number of electric vehicles (EVs), supply channels are turning to a highly sophisticated solution: EV battery recycling. But will it be enough to help save electrification?

If we want our planet to have a sustainable future, it’s critical that we switch to EVs, which have the additional benefit of increasing business efficiency, plus the potential to make our cities more livable.
That switch is in full swing: according to the International Energy Agency (IEA), the number of EVs on roads might reach 230 million by 2030. However, such an increase requires an immense supply of minerals.

Here’s another IEA estimate: demand for rare earth minerals will increase by over 40% in the coming two decades, by 60% for nickel and by almost 90% for lithium.
A separate study published in Nature says that all the EVs sold in 2019 might create half a million tonnes of battery waste at the end of their product life.
Adding up both stats brings us to a simple yet essential idea: recycling old EV batteries, which contain exactly those minerals that are in high demand.

Indeed, it is critical for the future of EVs to reduce pressure on the mining industry and to provide a reliable supply of recycled minerals. A report by Transport and Environment (T&E) shows the raw material shortage may push EV battery prices up by 22% by 2026. In 2023, T&E says, there will only be enough lithium and nickel to produce 14 million EVs.

Mining companies currently lack the technology to extract the minerals required from deep underground; on top of which geopolitical instability is disrupting supply chains. So the supply chain is increasingly turning to EV battery recycling.

In other words: the benefits of optimizing EV battery recycling are potentially huge. While that is a motivating thought, it should also be noted that this type of recycling requires advanced technology, large investments, and a reasonable amount of time for processing the minerals.

AquaMetals, a US-based metals recycler, predicts that by 2030, almost 15 million tonnes of lithium-ion batteries will be abandoned. Yet so many ‘almost dead’ batteries will eventually draw in increasing numbers of startups into the recycling sector. By 2030, the industry is expected to have a market volume of $18.7 billion, says TechCrunch.

According to recycling startups Li-Cycle and Umicore, 95% of the materials in an EV battery can be recycled, and this could be repeated infinitely, they say. But Posh, another startup in EV battery recycling, warns that “while production is 100% automated, recycling of batteries is 100% manual.”

The difficulties of battery recycling show themselves when we look into the process with some detail. A lithium-ion battery, which represents most of the EV batteries today, has a life cycle of around eight years or 160,000 kms (100,000 miles). Lithium-ion batteries require a thorough dismantling process compared to the new type of batteries, such as solid-state batteries (SSBs).

“Too late to meet demand”

Hydrovolt’s advanced technology enables a 100% automated recwycling process, recovering 95% of the metals from the batteries. The plant has an annual capacity of 12,000 tonnes (around 25,000 EV batteries) and plans to reach a recycling volume of 500,000 EV batteries by 2030.

Redwood Materials, for its part, was funded by giants like Amazon and Panasonic, and has partnered with Ford, Volvo and Toyota to strengthen the gathering and recycling process. Nevertheless, company CEO J.B. Straubel says he worries that they may be “too late to meet the demand.”

If EV battery recycling doesn’t reach considerable levels in the coming years, he may turn out to be right.

Even though the current situation of EV battery recycling may be a little worrisome, efforts in the sector are increasing. Also in the various purposes into which used EV batteries can be recycled.

Nissan and Volkswagen, for example, are now reusing old EV batteries in some of their factory robots. German company Batteries applies old batteries to fishing boats or utilises them as portable power units in remote locations.

There are also organisations promoting batteries’ gathering process, including Call2Recycle. According to Electrek, the non-profit organisation has 15,000 drop-off sites across the US, which has helped gather over 63.4 million kg (140 million pounds) of batteries since 1994. The organisation is now ramping up efforts to collect e-bike and EV batteries.

As technology advances and EV batteries become easier to recycle, the EV battery recycling industry may yet prove to be the most crucial link in the supply chain powering a successful energy transition in mobility by 2030. 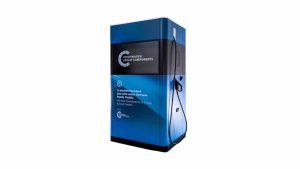